Sometimes even with the best of intentions certain spoken words can lead to unexpected results and wreak damage disproportionately. Ever since the beginning of the year, the automobile industry, for various reasons, economic as well as psychological (market sentiment), had been on a downward swing. But the Finance Minister’s budget speech, earlier this year in July, virtually pulled the proverbial trigger for this sector to go into a free fall. The situation has continued to worsen all through July and August and despite the announcement of some positive measures recently, no respite appears in sight.

What the Finance Minister had actually said was, “The main objective of the FAME II scheme (Faster adoption and manufacturing of hybrid and electric vehicles) is to encourage electric vehicles by way of offering upfront incentives on purchase of such vehicles and also by establishing the necessary charging infrastructure for electric vehicles. Only advanced battery and registered e-vehicles will be incentivised under the scheme with greater emphasis on providing affordable and environment friendly public transportation options for the common man.” While this was adequate to lay out the future course for the industry, some misunderstanding out of a feeling of being left out was bound to be there, once the actual financial benefits for the e-vehicles became known.

With such attractive concessions for e-vehicles in the offing, those who were in the market for buying cars or even two-wheelers might have postponed their decisions and this could be a significant contributor to the negative automobile market sentiment.

Further, it may also be seen that just a couple of years ago a decision had been taken, keeping pollution control measures in view to skip the Bharat V stage entirely and straightaway move to Bharat VI emission norms by 2020. It was, as such, quite natural for the automobile manufacturers and oil refiners to modernise and upgrade their technologies so as to be compliant with the newly prescribed standards within the time limit. Incentivising e-vehicles is definitely a swing away from the earlier decision.

In our country, the largest proportion of pollution is attributed to coal based thermal power plants, followed by vehicular emissions. A few years ago, in Delhi, for the public transport buses and three-wheelers, usage of CNG was introduced on a large scale. CNG has the obvious advantage of much cheaper imports than oil, almost zero emissions, besides, the cost of the CNG conversion kit for the engine was also low. Such a measure had initially brought in a visible change, but as we can see over a period of time, the CNG distribution network could not grow, resulting in vehicles spending a few hours every time they have to go for a fill at the CNG station. This despite the easy availability of CNG within the country and the network of GAIL pipelines.

At the same time let us not forget that in e-vehicles the charging of the battery pack would also be a time consuming process (15-30 minutes for the two-wheelers). Lithium for the batteries in all likelihood would have to be imported from China. A whole new grid with appropriately located charging stations would have to be established, with most likely source of power being coal based thermal power plants. The net gain, however, would be that for running the vehicle in terms of cost of fuel per km, e-vehicles would be much cheaper than petrol or diesel based engines.

In the present situation, inadequacy of public transport has led to a mushrooming growth of two-wheelers. Future policies have to take note of this inadequacy and provide for e-buses to ease the flow of traffic as well as the levels of pollution. It is well known that a conventionally designed two-stroke engine, used in two and three wheelers, produces high levels of hydrocarbons in exhaust emissions, far more than the four-stroke engines (four-wheelers). Some 94% of the two and three-wheelers in India are powered by two-stroke engines and are responsible for maximum amount of hazardous emissions. On the other hand, according to the Indian Institute of Petroleum, Dehradun, four-stroke engine-powered motorcycles have been observed to emit just one-sixth to one-tenth of the hydrocarbons emitted by the two-stroke motorcycles. As such the obvious target has to be the two-wheelers.

In this entire scheme there is no mention either of ethanol blended fuel or bio-diesel. Till such time that we move over completely to e-vehicles, it would be very useful to enhance the usage of blended fuels for reducing the import bill as well as the levels of pollution. Following the path of least inconvenience we must first go in for e-two wheelers and public transport.

According to the current estimates, the oil reserves in the world may be good only for a few decades more, besides most of the lithium having already been cornered by China, it would be of utmost importance that our scientists invest in research to look for alternatives to Lithium for battery packs.

Dr K.K. Paul is a former Governor and a Senior Advisor at the Pranab Mukherjee Foundation. 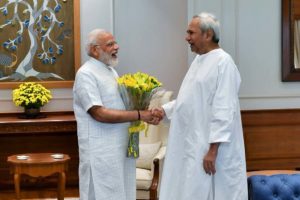 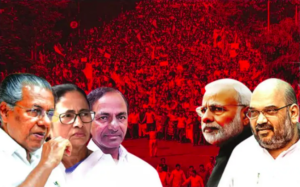 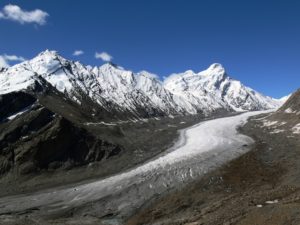 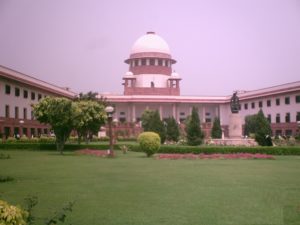