Some coincidences have strange manifestations. Just a few days ago, on the occasion of the International day of Ozone, on September 17, Delhi recorded the highest concentration of ozone. This went remarkably unnoticed despite our concern for environmental pollution and the need for its containment. On September 20, even as tens of thousands of protesters joined rallies as a day of worldwide demonstrations, on the eve of the UN summit on Climate Change, the International Day of Ozone, which fell just three days earlier was completely forgotten.

As we are aware, ozone in the lower atmosphere and closer to the ground levels is extremely hazardous, while at the higher levels in the stratosphere its high density makes life on our planet livable for the mankind. A little more than thirty years ago, sometime in 1986, an international conference on climate change, was held at Montreal in Canada. The number of participating countries was only 56, much less than those attending any of the subsequent conferences, but perhaps that was the only conference which did not have any discordant note and its recommendations, known as the Montreal protocol, were implemented in a stringent manner throughout the world and without any fuss.

Ever since then the date of signing of this international treaty known as the Montreal Protocol on September 17, has been observed as the International Day of Ozone. It was Mario Molina, working on atmospheric chemistry, who for the first time was able to determine that chlorofluorocarbon gases were responsible for erosion of the Ozone layer in the stratosphere. As the Ozone layer prevented harmful UV rays from the sun to reach the lower atmosphere, its depletion could lead to serious harm. He was only thirty years old when he published his findings along with Rowland in 1974.

The work was of such seminal importance that it was immediately taken up by the American Chemical Society for a quick follow-up. Since then, events moved fast and these ultimately led to the Montreal protocol and the signing of the landmark environmental treaty banning the production of chemicals that eroded the Ozone layer. Molina shared the Nobel Prize for environmental chemistry in 1995. According to some recent reports the Ozone hole which is not exactly a hole but a low density area for Ozone has started to fill up and of late, has become relatively more dense.

Going by the current projections and based on the currently controlled regime under the Montreal Protocol, the existing hole should repair itself and revert back to its original density by 2080. This would be a major achievement for the entire mankind to have successfully intervened in a climate change phenomenon. According to estimates without the Protocol, excessive penetration of UV rays, besides being hazardous to the skin would have provided additional heat energy as a fuel for today’s extreme weather conditions like cyclones, floods, and droughts. By 2070 the world would have been 2.5 degrees Celsius hotter, a level most experts agree is disastrously high. Some exposure to UV-B rays may be useful for the production of Vitamin D in the human body, but too much of these rays can be hazardous. In the areas where the intensity of UV-B rays is very high a pigment known as Melanin is formed in the skin to act as a natural sun screen for the human body.

It is this Melanin which gives a relatively darker complexion to those in the tropical areas as well as the equatorial region as a natural defence and a sign of robust health. As we are aware certain chlorine and bromine-containing chemicals such as halons and chlorofluorocarbons (CFCs) have a very long life and do not disintegrate easily. On the other hand when they rise up in the atmosphere to the stratospheric heights, they react with ozone, depleting it, resulting in its lower density. The successful implementation of the Montreal Protocol has led to reductions in the atmospheric concentration of many ozonedepleting gases, such as chlorofluorocarbons. As a consequence, stratospheric ozone levels are now rising.

The scientific assessment panel of the Montreal Protocol keeps reviewing the situation and apart from the CFCs, has identified a number of gaseous chemicals which can react and deplete the ozone layer. As such, amendments to the protocol have been made from time to time. For instance in 2016 at the Kigali environmental conference, hydroflurocarbons (HFCs) were brought under the list of banned items. Recent observations in Nature Communications show that the atmospheric concentration of dichloromethane ~ an ozone-depleting solvent, so far not controlled by the Montreal Protocol ~ is increasing rapidly. Used as an industrial solvent, it is also a base material for manufacture of other chemicals.

According to some estimates, a few million tonnes of this solvent are being produced annually. Using atmospheric model simulations, it has been shown that although currently modest, the impact of dichloromethane on ozone is showing an increasing trend. In case this continues into the future at present rates, the current re-intensification of ozone layer to pre-1980 levels may be substantially delayed. Sustained growth in dichloromethane would therefore offset some of the gains achieved by the Montreal Protocol. Accordingly, the assessment panel of the protocol has to take an early decision in the matter for bringing dichloromethane in the list of prohibited items. 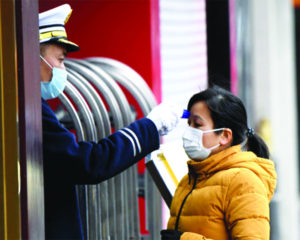 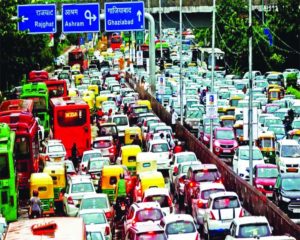 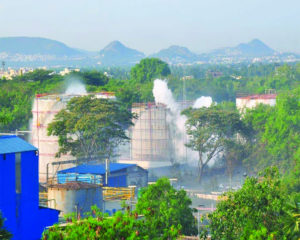